All You Need to Know About Cashew Grades 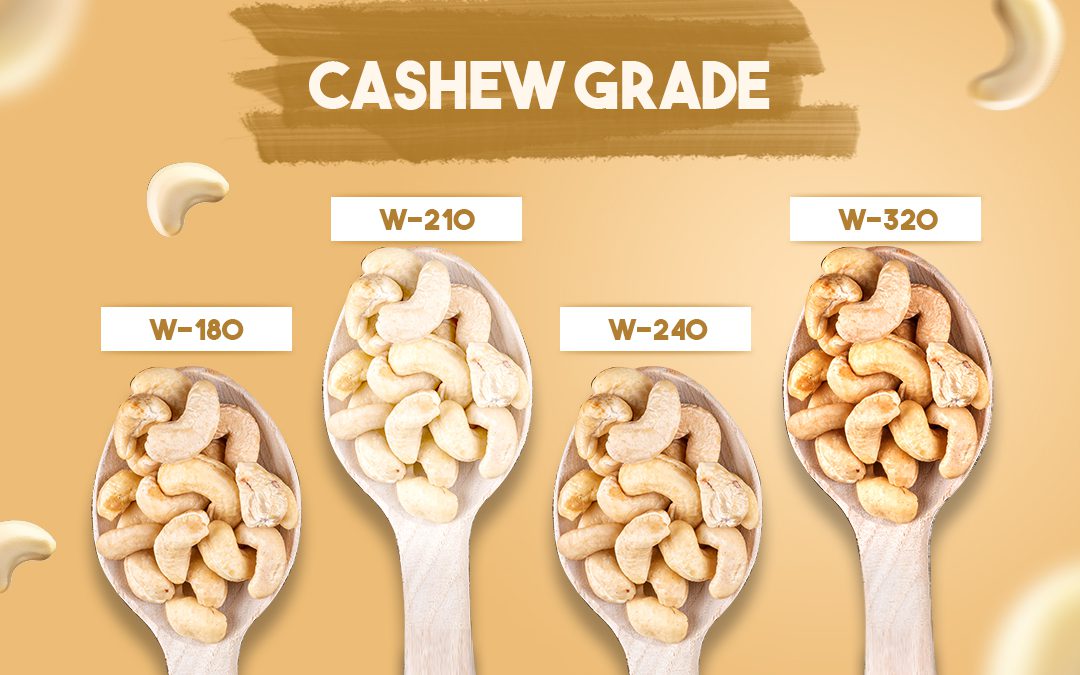 It’s never been easy to decode the secret behind understanding what your type is, especially when it comes to food and flavour. More often than not, we do realize that our taste can’t be restricted – it changes with time, season and age. But in any case, isn’t it always better to know our choices? We’ve got you covered on that!

In case you’re still wondering, we are talking about cashews. Cashew nuts are native to northeastern Brazil and made their way to India in the early 1560s. Since then, Goa continues to be a leader in producing premium quality cashew nuts in India.  Zantye’s is a major player in the cashew processing industry across various grades in the country. India is the largest producer and exporter of cashew kernels in the world, with Goan cashew nuts being widely chosen for their excellent quality, size, taste and appearance. While there are a total of 33 grades of cashews prescribed by the Government of India, only 26 are a part of the commercial trade and business.

A single raw cashew nut comprises 30% cashew kernel and 70% cashew shell. Cashew kernels are graded or further compartmentalized, each of which can give you an idea about the kernels’ shape, size, colour and subsequently, their pricing. Based on these factors, the kernels are categorized into white/scorched whole, pieces, splits, butts etc.

Here is a comparison of the quality standards and specifications as followed and given by Cashew Export Promotion Council of India (CEPC), United Nations Economic Commission for Europe (UNECE), Brazilian cashew industry, Vietnamese cashew industry and Association of Food Industries (AFI, New York).

In AFI standards, wholes are defined as kernels having the characteristic shape of the cashew kernels and not more than 1/8th of the kernel has been broken off.

In UNECE standards, whole kernels are defined as those with the characteristic shape of a cashew nut, and the presence of a small hole at the proximal end of the kernel or a central split or crack is not considered as a defect. A kernel with no more than 1/8th of the kernel broken off is also considered as whole.

In CEPC and BIS standards, there is no specific mentioning about the allowable limit for the broken part of the kernel. 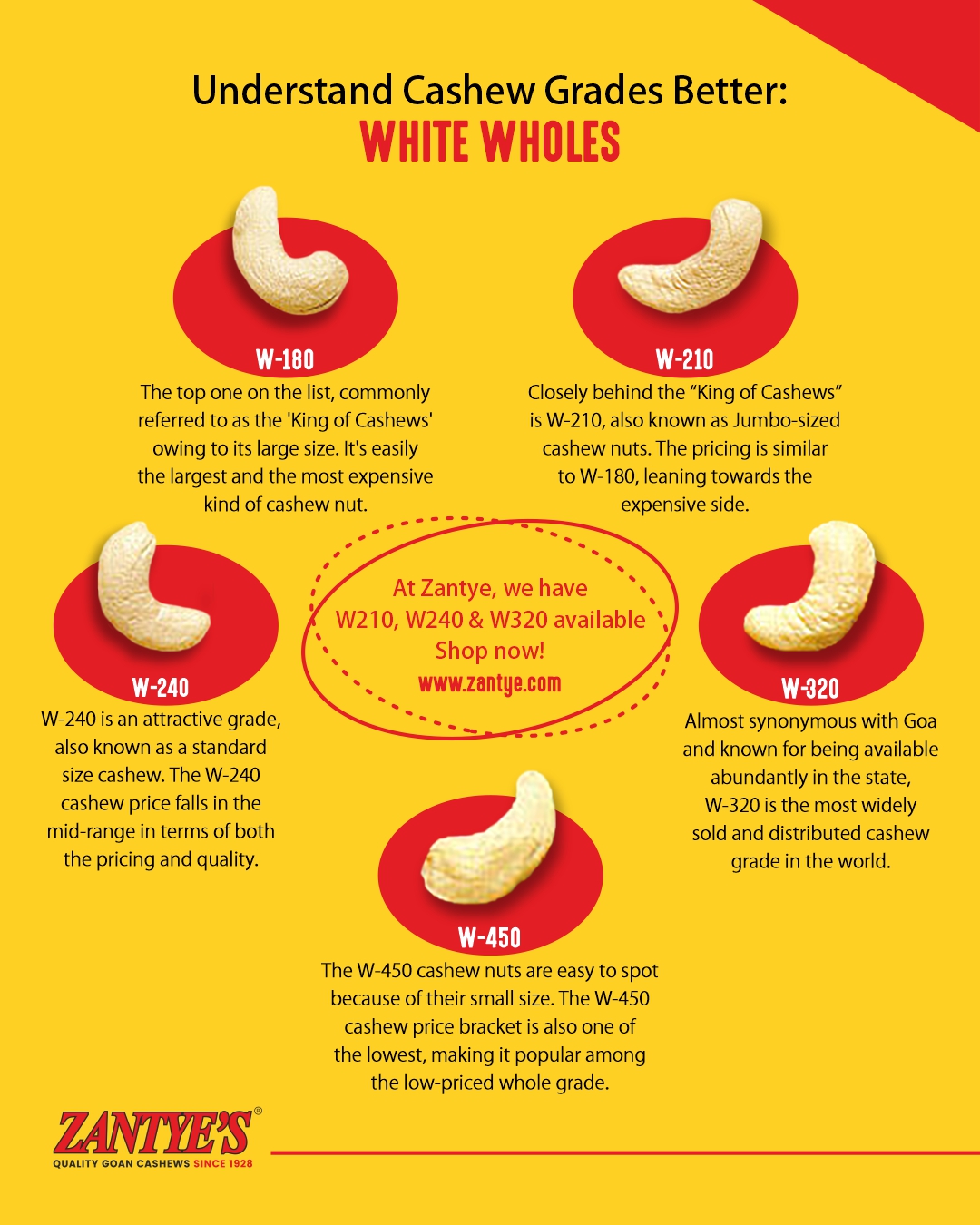 W-180 is at the top of the list when it comes to size and price. Easily the largest and the most expensive kind of cashew nut, W-180 is commonly referred to as “King of Cashews” owing to its large size. The W-180 Cashew Price in itself is reflective of the grade’s value and quality.

Closely behind the “King of Cashews” is W-210, more familiarly known as Jumbo-sized cashew nuts. The W-210 cashew price is similar to W-180, that is to say, that it still does lean towards the expensive side.

W-240 is an attractive grade, also known as a standard size cashew. The W-240 cashew price falls in the mid-range in terms of both the pricing and quality.

Almost synonymous with Goa and known for being available abundantly in the state, W-320 is the most widely sold and distributed cashew grade in the world. It ranks high in consumer preference because of its affordable price and its size.

The W-450 cashew nuts are easy to spot because of their small size. The W-450 cashew price bracket is also one of the lowest, making it popular among the low-priced whole grade.

Understanding the products that we purchase is the first step towards being a discerning consumer and will protect us from exploitation. Buy premium grade cashews from Zantye’s and enjoy the inimitable goodness of India’s best cashew nuts.